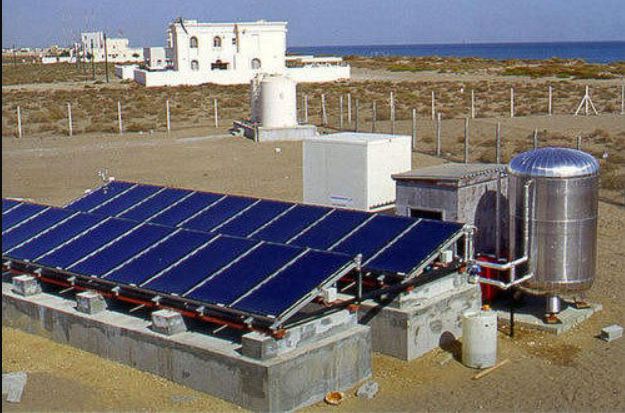 Finding different ways to use our renewable resources (for example, solar energy) has become an interest. The distillation of solar water involves using the energy of sunlight to separate fresh water from salts or other contaminants. Untreated water absorbs heat, slowly reaching high temperatures. The heat causes the water to evaporate, cool down and condense into vapor, leaving the contaminants behind. Solar distillers can be used for

Solar water stills or solar stills are typically used in remote areas where access to fresh water is limited. The basic principles of the distillation of solar water are simple, but effective, because the distillation reproduces the way nature makes rain. A star still works on 2 scientific principles: evaporation and condensation. Salts and minerals do not evaporate with water. For example, table salt does not turn into steam until it reaches a temperature above 1400ºC. However, you still need a certain amount of energy for the water to turn into water vapor. Although a certain amount of energy is needed to raise the temperature of one kilogram of water from 0 ° C to 100 ° C, it takes five and a half times more energy for the water to change from 100 ° C to 100 ° C water vapor. Virtually all this energy is delivered when the water vapor condenses.
Most stills are simple black-bottomed containers filled with water and topped with glass or clear plastic. Sunlight absorbed by the black material accelerates the rate of evaporation. The evaporation is then trapped by the clear glaze and evacuated by pipeline. Most pollutants do not evaporate, so they are left behind. Most stills should measure about six square meters to produce enough water for one person for a day. Multiple solar distillation systems are needed to produce a large amount of distilled water.

•        The distillation rate is usually very slow (6 liters of water per sunny day).
•        It is not suitable for larger consumption needs.
•        The materials required for the distiller may be difficult to obtain in some areas.
•        If not properly disposed of, the waste stream from the distillation process may be a potential source of environmental pollution (high concentrations of salts and pollutants).
•        Solar energy is only available during the day.

Solar distillation systems are often classified as passive and active. Solar radiation is the input energy of passive solar stills, but the efficiency of the system is low. Attempts have been made to increase efficiency and productivity by preheating salt water in solar stills. This method is called active solar distillation. In the case of active solar distillation, an additional source of heat energy is needed to accelerate evaporation within the same passive solar still system. The additional source may be a solar energy system or thermal energy contained in hot water that is discharged by other industries. There are different ways to make a solar still and different materials can be used. A crucial design challenge is to ensure that the stills are airtight. If they are not hermetic, their efficiencies decrease considerably. Here is a list of different types of passive solar distillers.
•        Single-effect stills: These are the most common and simple stills. Only one interface is needed to transmit the energy and to collect the condensate.
•        Multi-effect stills: They require twice the effort to ensure seals and can be harder to clean, but they can increase the production of distilled water significantly.
•        Basin-type stills: They contain water in an impermeable material that is part of the entire enclosure and these are the most common type.
•        Wick stills: Use tissue-like materials that use capillary action to propagate water through the system.
•        Multi-wick stills: These stills, like wick stills and multi-effect stills, dramatically increase productivity by exponentially increasing the area under influence.
•        Diffusion stills: These stills use the ideas introduced by multi-effect stills and wick stills and are a further step forward for both. They consist of a series of closely spaced parallel walls in contact with salt impregnated wicks and have great potential due to their high productivity and simplicity.
Different stills require different materials, some have simple materials and other stills may have more sophisticated materials. Here is an example of a type of wick still and details about how it works.
The solar radiation that falls on the glass cover is transmitted to the surface of the wick. Part of the energy is used to heat the water through the wick with capillary action.
The heat transfers in the distillation system are governed by external and internal modes. The mode of external heat transfer is due to convection and radiation, which are independent of each other and occur outside the still. The heat transfer inside the solar distillation unit is called the internal heat transfer mode, which is due to radiation, convection and evaporation. In the internal heat transfer mode, the mass transfer is accompanied by radiation and convective heat. Water flowing through the surface of the wick is heated and evaporated to steam. The saturated steam condenses in the lower surface of the glass cover after releasing the latent heat of vaporization. Droplets of Condensed water falls by gravity and is collected in the drainage channel.