Danger for the eyesight

In Germany, around 20 million people suffer from hypertension. Often it is not recognized or simply taken lightly. High blood pressure can be the trigger for a heart attack, stroke or kidney failure. The ophthalmologist can also recognize vascular damage due to hypertension on the eye.
Blood vessels visible on the fundus. 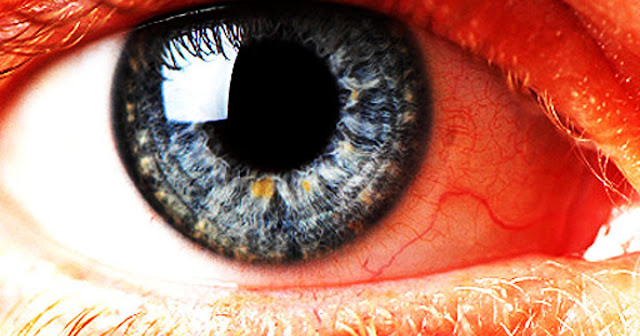 Particularly valuable information provides the condition of the blood vessels in the fundus. “Nowhere in the body can doctors view blood vessels as easily and as little on the examiner’s side as they do on the eye,” explains Prof. Dr. med. med. Nicole Eter from the Professional Association of Ophthalmologists in Germany. Most of the time, the ophthalmologist can already detect diseases at this time, of which the patient often suspects nothing. “With the fundus copy, the examination of the fundus, the ophthalmologist gains valuable insights into the vascular damage caused by high blood pressure and the risk of stroke,” says Eter.

Vascular damage recognizes the doctor when looking at the retina

The ophthalmologist can quickly and reliably detect from the retina whether the fine blood vessels in the eye are already damaged by high blood pressure. This allows conclusions about the entire blood vessel system. In addition, he can then assume that also blood vessels that are in other organs are affected by the changes. These can trigger vascular occlusions, in the worst case lead to a stroke, a heart attack or kidney disease. Examination on the eye thus enables early diagnosis of hypertension.

With high blood pressure, the small blood vessels in the retina are subjected to an unusually high pressure. The veins inside the eye widen, tiny bleeding can occur and the oxygen supply to the surrounding tissue decreases due to damage to the vessels. These changes can cause a number of ailments, such as dizziness, blurred vision , decreased vision, and visual field loss.

Very high blood pressure can cause direct damage to the eye, such as bleeding and swelling of the retina. The risk of tendon disease and glaucoma increases. In the worst case, vascular occlusions in the eye, which can lead to blindness, the result.
Other diseases can be recognized on the eye

The following diseases can also be read on the eyes:

Conjunctivitis:  Red discolored eyes with visible capillaries are a symptom of conjunctival inflammation. In most cases, this is caused by dry eyes, which can be caused by allergy, hay fever, viruses or bacteria.

Diabetes:  Excessive blood sugar levels can damage the fine vessels of the retina. As a result, threatened vascular occlusions.

Biliary or liver disease:  Jaundice can be recognized in the initial stage of the conjunctiva. The eyes appear yellow in color and can be a sign of liver disease such as hepatitis. Responsible for the yellowing in the eye is the biliary pigment bilirubin.

Lipid metabolism disorder:  If there is a disturbance in the lipid metabolism, this is often recognizable by white, roundish deposits on the cornea in the  eye  .