Are you overweight and pregnant? Do you need to worry about whether you have a high-risk pregnancy and what that means for you and your baby? We tell you everything you need to know about overweightpregnancy. 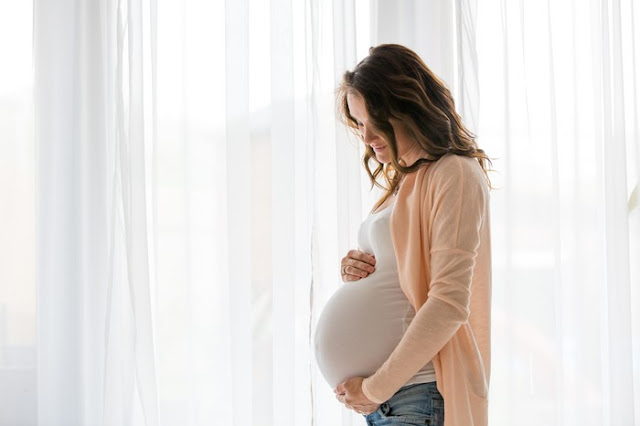 Of course, if you only have a little hip gold, you do not have to worry about it. The few little things do not disturb your baby. Even if the baby’s tummy becomes visible later and you do not feel the child’s movements so quickly, your pregnancy can be quite normal, and you and your baby do not have complications. However, in women who suffer from obesity – that is, have a body mass index (BMI = body weight in kilograms / height in meters x height in meters) of over 30 – that looks different. Being overweight can not only negatively affect fertility but also complicate the course of pregnancy, Pregnant with obesity – that could actually lead to problems. If you have a desire to have children , you should therefore first strive for normal weight.

There are different recommendations for the desirable weight gain during pregnancy . For example, the World Health Organization (WHO) states that an average weight gain of 10 to 14 kilograms is normal. According to the US Institute of Medicine (IOM), the weight gain in normal-weight pregnant women is between 11.5 and 16 kilograms.
The Federal Center for Health Education (BZgA) bases its recommendation on the calculation of the body mass index. Accordingly, the following weight gain is recommended during pregnancy:
These values ​​serve as a guide: The recommendations can not be applied to all pregnant women equally. The gynecologist can check the weight during the check-ups. Women who are severely overweight / obese before pregnancy – that is, have a BMI of over 30 – often have less in pregnancy than women with a BMI between 25 and 30. Talk to your doctor or a counseling center as the person affected the right diet in pregnancy .

According to information from the Deutsches Ärzteblatt, the German Society for Ultrasound in Medicine (DEGUM) points out that ultrasound examinations in obese pregnant women provide less meaningful images. The reason: The ultrasound signals can not penetrate deep enough into the abdomen. Pregnancy with obesity increases the risk that the malformations of the child, which are usually visible on ultrasound, remain so undetected. Your gynecologist can perform the ultrasound while sitting or lying on the side to allow for a shorter distance to the fetus and to get a better view of the baby.

Overweight and pregnant: See the baby’s stomach and feel the child’s movements

People who are overweight and pregnant often have to be patient. Slim women have a compact stomach: it is small, deep and protruding. Since babies of overweight pregnant women have enough space anyway to develop in the big belly, often no protruding belly arises and the pregnancy is only much later visible from the outside. Also in terms of child movements overweight women have to be patient. The first tentative movements between the 18th and 20th week of gestation are not noticed. Only when the child kicked and boxed later (around the 24th week of pregnancy ), the movements are noticeable in a pregnancy with overweight.

Diet for overweight in pregnancy

Diets are taboo during pregnancy. Reducing nutrient intake can harm your baby and should be avoided at all costs. However, the saying goes, pregnant women would have to eat for two, right? Take care to be healthy and balanced on nutrition during pregnancy . Instead of increasing food intake, you should now take many vitamins, minerals and fiber. Also exercise is very important. In order for your pregnancy to run smoothly and your baby is fine, there are appropriate sports . Go swimming or walking and keep fit – especially if you are overweight and pregnant.

Risks in a pregnancy with a strong overweight

Obese women are at increased health risk and should be subjected to strict controls during pregnancy. Since the insulin sensitivity is limited even before pregnancy, there is the possibility of developing gestational diabetes . For review, a so-called sugar stress test is performed around the 24th week of pregnancy. Not only the blood sugar level should be checked regularly in pregnancy with overweight, but also the child development and blood pressure . On weights pregnant often suffer from high blood pressure, there is a risk of pre-eclampsia and it is more common to premature births or Abortions . It can also happen that your child stays in your uterus for more than 40 weeks, that the birth has to be initiated or a caesarean sectionbecomes necessary. Children of obese women often see the light of day with obesity and are at risk of becoming obese and suffering from diabetes later on .