That’s the perfect diet for weight loss, according to researchers. Low Carb, Low Fat, Paleo – There are many dietary trends. Only which one really works? Australian scientists want to find out which diet is best. And not just for weight loss. 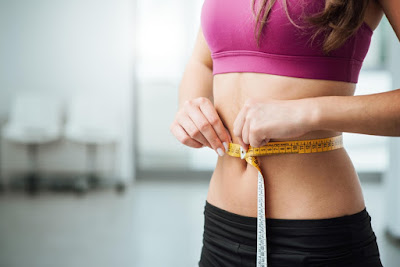 The magic formula is accordingly Low Carb. Because those who consume more unsaturated fat and a lot of lean protein, and at the same time fewer carbohydrates , can easily lose weight, according to researchers from the Commonwealth Scientific and Industrial Research Organization (CSIRO). In addition, you also increase in this way, his health and his general well-being. And for diabetics, this diet has even more benefits. Because the scientists have found a clear link between a low-carb diet  and diabetes management.

Is Low Carb or Low Fat Better? That’s how the study went

For their research, they wrote a nutrition program to their subjects. All study participants were overweight or obese and had type 2 diabetes. One group of study participants consumed a lot of carbs and little fat. For the other group were a few carbohydrates and a lot of healthy fat on the program. In both groups, the subjects lost about the same amount of weight.

However, there were additional positive effects only for the low-carb group: it was able to reduce its diabetes medication by 40 percent. In addition, it was very easy for this group to stick to the diet plan, as one of the authors reported in the British “Daily Mail”. Because even if the daily carbohydrate intake was screwed down to 50 grams per day, at least snacks and sweets were allowed.
To  illustrate the benefits of a  low carb diet , the Commonwealth Scientific and Industrial Research Organization has published a book of cooking ideas. It includes recipes for salads, soups and larger meals, but also for (healthy) snacks and desserts.

In the low carb diet, the intake of carbohydrates is reduced. Instead, you should eat a lot of lean protein and many healthy fats. Unsaturated fats are found in olives and avocados, for example. But also meat, fish, vegetable oils and nuts are rich in them.

Protein food for athletes: Bars, Shakes and supplements(Opens in a new browser tab)

4 thoughts on “Perfect diet for weight loss, according to researchers”